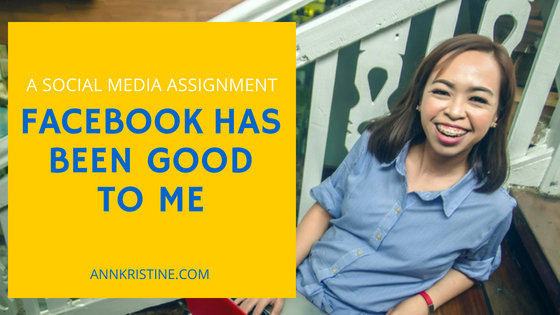 Eventually, I left my secured government job and found clients who want to do Facebook social.

Facebook has been good to me that I try to share snippets of my life: realizations, lessons, overheards, kwento series, at kung ano-ano pa.

What I observed is every time I post stories, they have more reactions compared to shared links.

Hindi ko alam na my posts (stories) eventually goes out of the Internet and meet me offline.

2. A few weeks before the Tom Hiddleston incident, somebody approached me and told me how brave of me to reply sa barat na client  in a mellow way kahit nainis ako. The person even told me that he watched my Periscope about low paying clients, agreeing that we should be paid based on our skills, not where we come from.

Based on my experience, Facebook loves stories (UPDATE: Now it loves videos with uber-compelling stories). Even if I don’t get to share it to people face-to-face, Facebook lets other people know that I create stories every day.

That I am human.

This was originally published in Jomar Hilario Virtual Careers Facebook Group in 2016.