I have never heard of a local government unit being so concerned about social media marketing. So I said YES to the invitation!

Weeks ago, I received a Facebook message from Sophie, one of Jomar Hilario’s VAs. Jomar was invited as a guest speaker to the Social Media Management Seminar organized by the Local Government Unit of Carmona, Cavite. She asked if I would be willing to join as a guest sharer.

So I immediately filed my leave (my second to the last for the year).

I again took my old college journey going to Dasmariñas that very cloudy Thursday morning. It again felt the “I-need-to-be-on-my-first-class-at-8AM” rush, hahaha! I arrived early at the meeting place at Dasmariñas. A few minutes earlier, I met Joanne Bawalan, the Information Officer of the Local Government Unit of Carmona.

The ride with Joanne was like having a tour of Carmona! She knows her stuff (Carmona rakes a big revenue for Cavite and it’s the industrial hub of the province). She said she initially wanted to learn about social media marketing by herself. But since she’s doing it for the local government unit, she instead helped organized a seminar for co-LGUs and private sector as well so many people will learn! The woman is very generous and a real public servant, I may say.

We arrived at the unusually quiet municipal hall by 7:50AM. Boy, this is going to be exciting!

Take a look at some of the photos from the event (courtesy of Jonas San Luis):

Jampacked! More than 50 people from the local government unit and private sector attended!

Jomar sharing his story on how he started his online marketing journey.

Participants during the seminar activity.

I took the mic a few minutes before lunch. I shared with the audience about the skills that a social media manager should have. As I shared, I also told them about how I do my work. 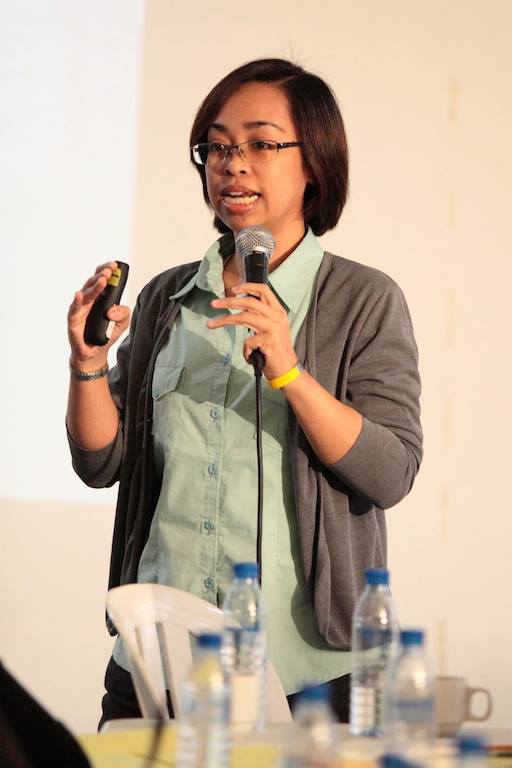 Hhmm, I think I need to run more. I look fat… LOL

The seminar was a blast! There were people who approached me during the break; some told me they wanted to be a virtual assistant, while some asked about social media-related concerns.

Thank you, Local Government of Carmona!

The best part? Learning from Jomar as always. I got to ask him questions and some concerns. I also learned points for improvement on my presentation.

Thank for tagging me along in Carmona, Sir Jomar!

I thank Sir Jomar for inviting me to share my story, as well as to Sophie for arranging the meet-up preparations with Joanne. Thanks to the LGU Carmona, headed by Joanne for taking the leap of maximizing the power of social media to educate and inform your citizens. I hope more local government units (and government agencies) will follow their lead!