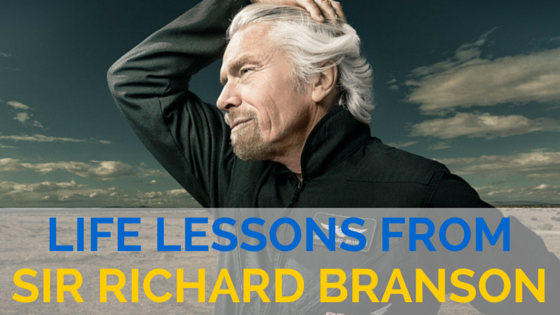 One of the top influential business leaders that I admire is Sir Richard Branson. I knew him previously as the owner of Virgin Companies (Virgin Records, Virgin Airlines, Virgin soda, and get this, Virgin Brides!). I came to know of his success story from the book that Jay McLean released in Australia.

Branson’s success story also consisted of successes and difficulties – and taking everything in stride. He’s a go-getter; he sees an opportunity in every problem that he encounters.

Even in the present age of Internet, I never had the chance to check his interviews on YouTube. Everything that I knew about him were from articles that he wrote, books written about him, and interviews.

Well, was I in luck! In February, Sir Branson launched “Business is an adventure” series in Los Angeles. Joined by some of the city’s most prominent business leaders, Sir Richard Branson will explore how no brainer ideas can rock the world. Best of all, it had live streaming! 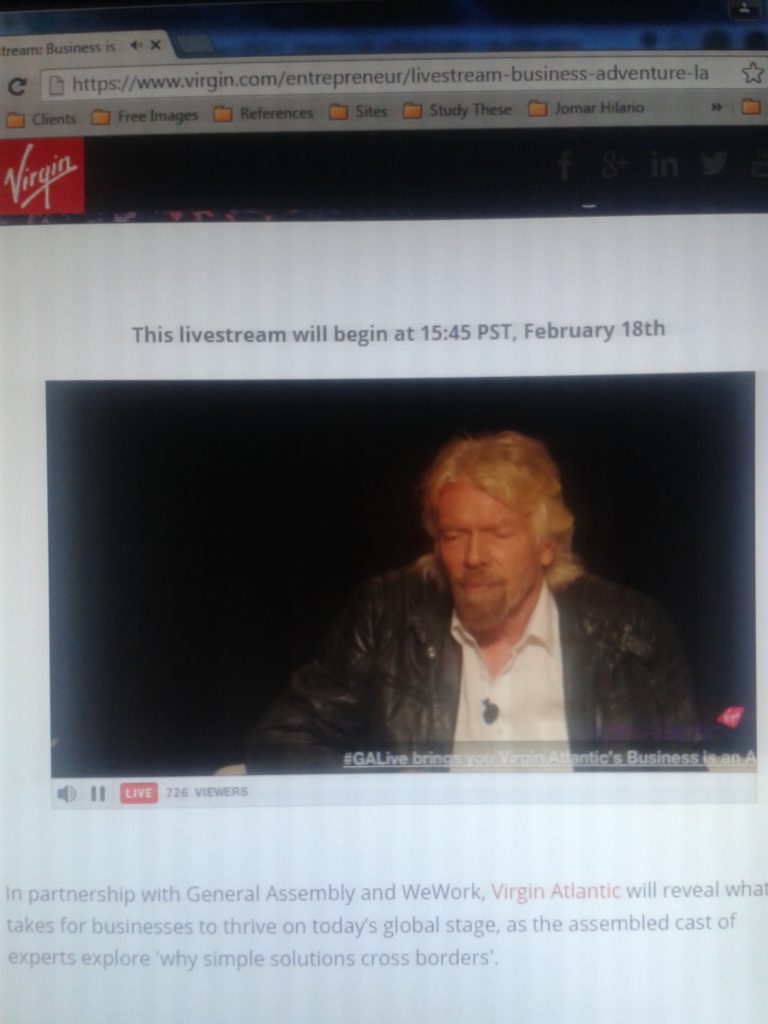 I feasted with business lessons with my jaw open (at least in the first few minutes that Sir Branson entered the frame).

So yes, I feasted with business lessons with my jaw open (at least in the first few minutes that Sir Branson entered the frame). I was doing my work for my clients while listening to THE Sir Richard Branson! You can watch the video here.

Here are some of the tweets from the event:

“Business is about creating something that you believe in.”
__ @richardbranson #LetItFlyLA

So what life lessons did I learn from Sir Richard Branson?

As the host started to introduce Sir Branson, he immediately walked to the stage. With a smile, he politely waved to the host to stop the introduction and said “Hello.” Wow. That alone was mind blowing.

The series, though part of it was to promote Virgin, was for new and emerging entrepreneurs. He gathered the successful business owners so start-up entrepreneurs can learn and apply many business lessons. He is very generous.

During the Case Study portion of the program, three entrepreneurs shared a bit about their business – what was it about, where it is located, and how and who will benefit. Each entrepreneur was given time to ask questions from the panel, including Sir Richard Branson. I saw Sir Branson TAKING DOWN NOTES. You know, pen and paper? He was writing down the important points from each of the featured entrepreneurs. How cool is that?

It’s just such a bummer that his May 25, 2016 event is too expensive. But nevertheless, now I know why Sir Richard Branson is an exceptional business owner. 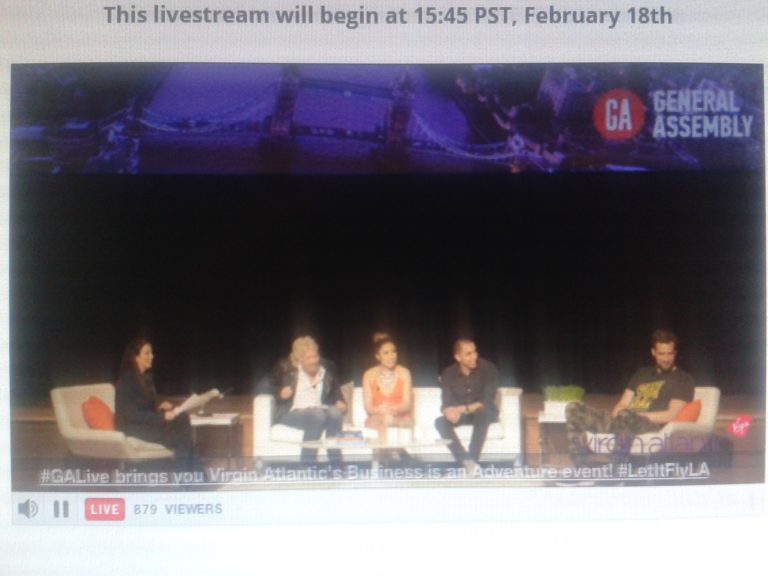