This is so powerful that it is almost exceptionally laziness – but I love automation!

I am using Buffer as an auto-posting tool since this year. I am so glad to be a Buffer user because not only it spells AUTOMATION, it also has exceptional articles ready for you to share to your chosen social media platform.

Recently, after much careful thought, I tried another automation tool: IFTTT or If This Then That. According to Wikipedia, IFTTT is a “web-based service that allows users to create chains of simple conditional statements, called ‘recipes’, which are triggered based on changes to other web services such as Gmail, Facebook, Instagram, and Craigslist.”

As a social media engineer, I decided to continue using the Tumblr account that I opened for the VA 202 skills building. With that platform as a tool, I would like to use IFTTT recipes so that what I share from my Tumblr account is published in my other social media platforms.

I wanted to utilize my Tumblr account. But how? 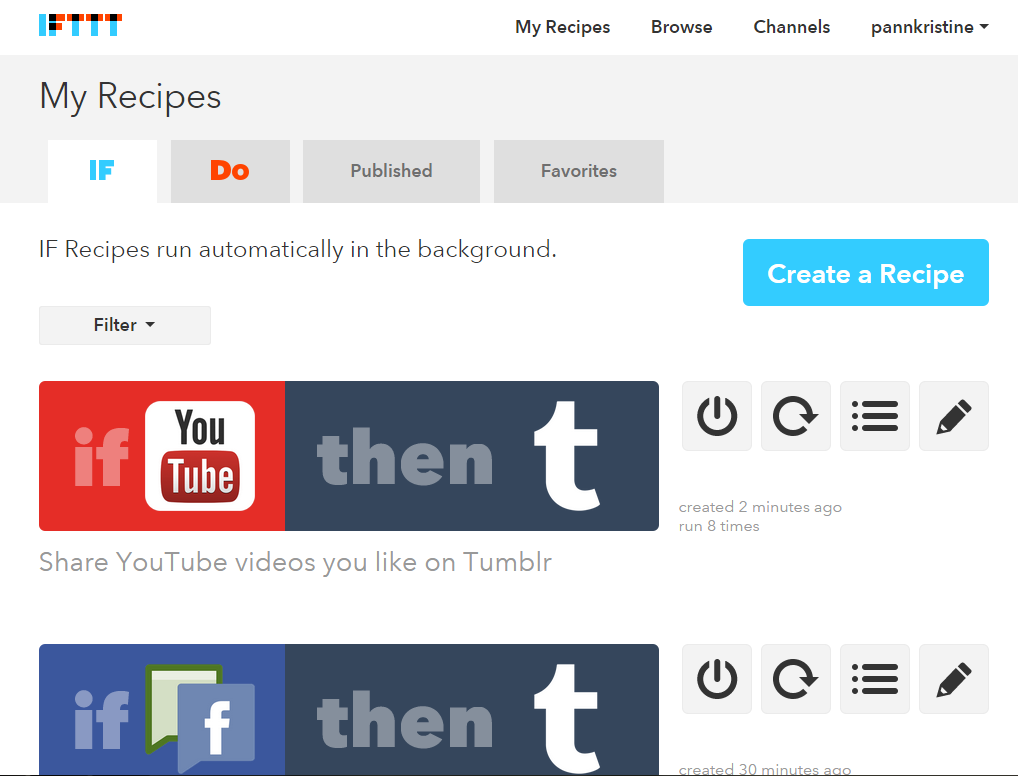 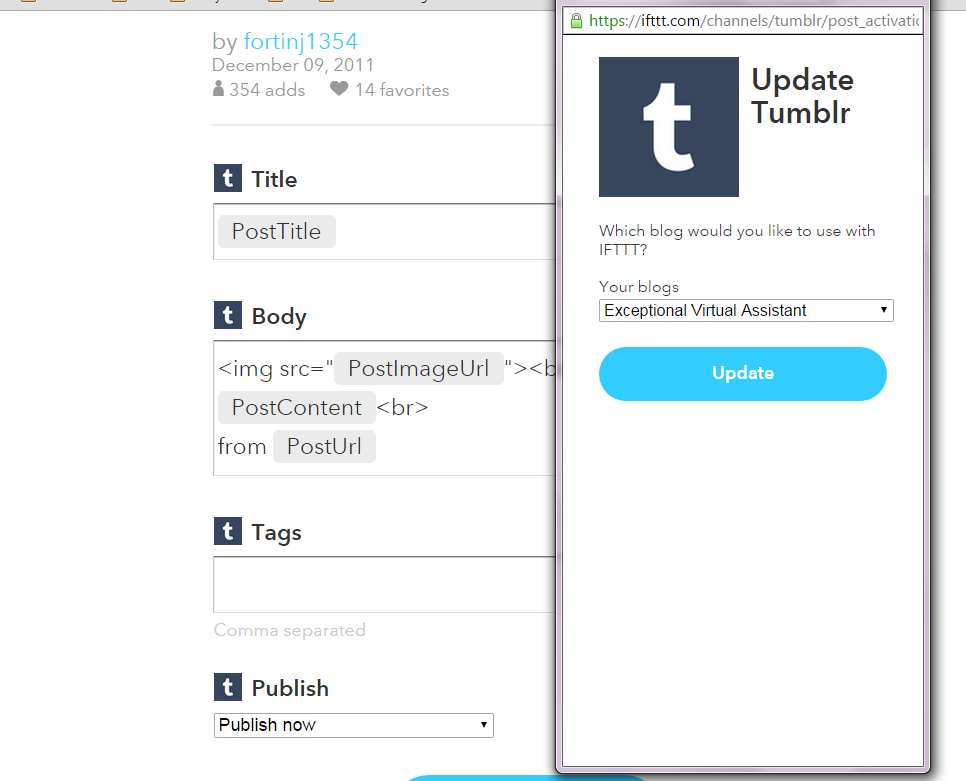 One of the IFTTT recipes that I am using.

Honestly, IFTTT did not disappoint. In fact, it did more for me. Here are the IFTTT exceptional results based on some of the recipes that I am using: 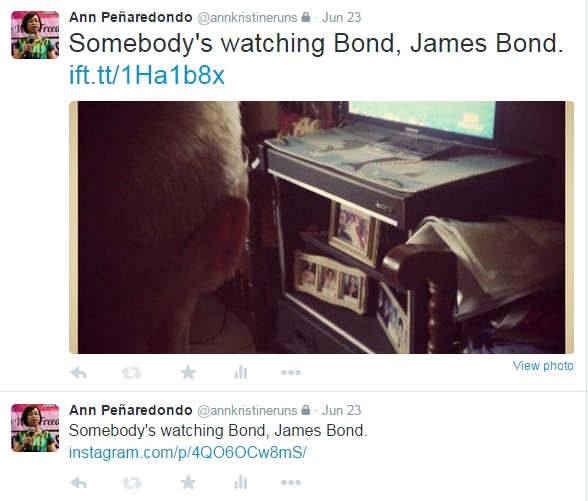 2. Whoever follows me on Twitter is automatically acknowledged with a “Thank you!” 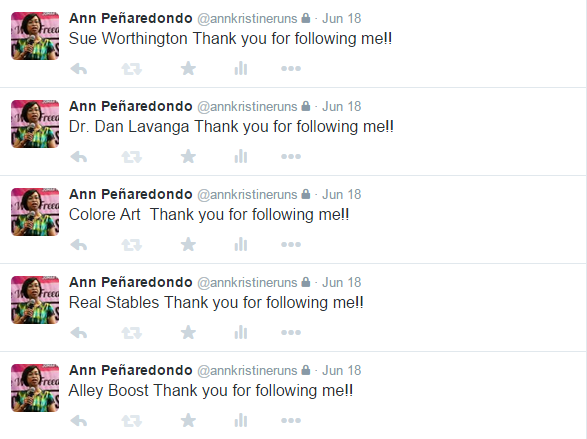 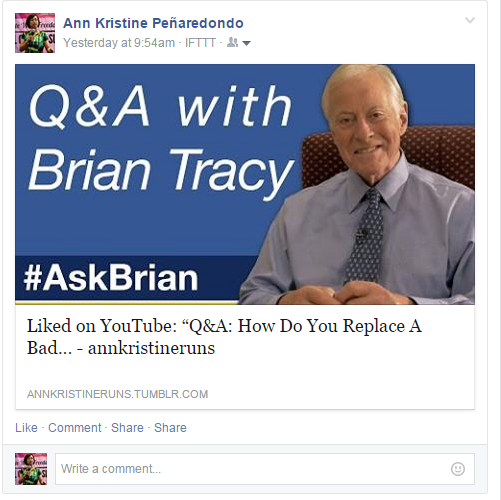 Using IFTTT to post a video via Tumblr to my Facebook, I think the legendary Brian Tracy looked dapper.

I know that for some, automation is laziness. But for me, automation means more TIME for anything – learn another skill, work on a new task, look for more clients, or play with your children.

Go ahead and try IFTTT!

Personal Branding in the Time of TikTok with Jeff J Hunter

Grow Your Business through Online Marketing with Myrna Natividad

Making an Impact as an Entrepreneur with Marcus Ho