Facebook Ads is as Basic as the Scientific Process. 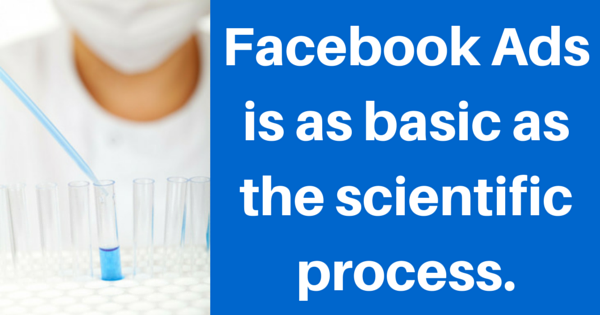 That is what I remembered most on the conversation that I had with an FB Ads Specialist recently.

After getting the results for the three Facebook Ads, I asked the FB Ads Specialist of my I-cannot-sleep-until-I get-the-answers concerns. We worked together for a previous client – I handled the social media management while he took care of the ads.

Here are the lessons from that conversation. I hope you will also learn from these, too:

1. It is important to study the audience that your ad would like to serve. For instance, in my Facebook ads, the age that I targeted were 18 to 45 years old. I should have asked myself, “will this age range go for the promise of my product?”

Audience Insights is really the best tool to find your audience. 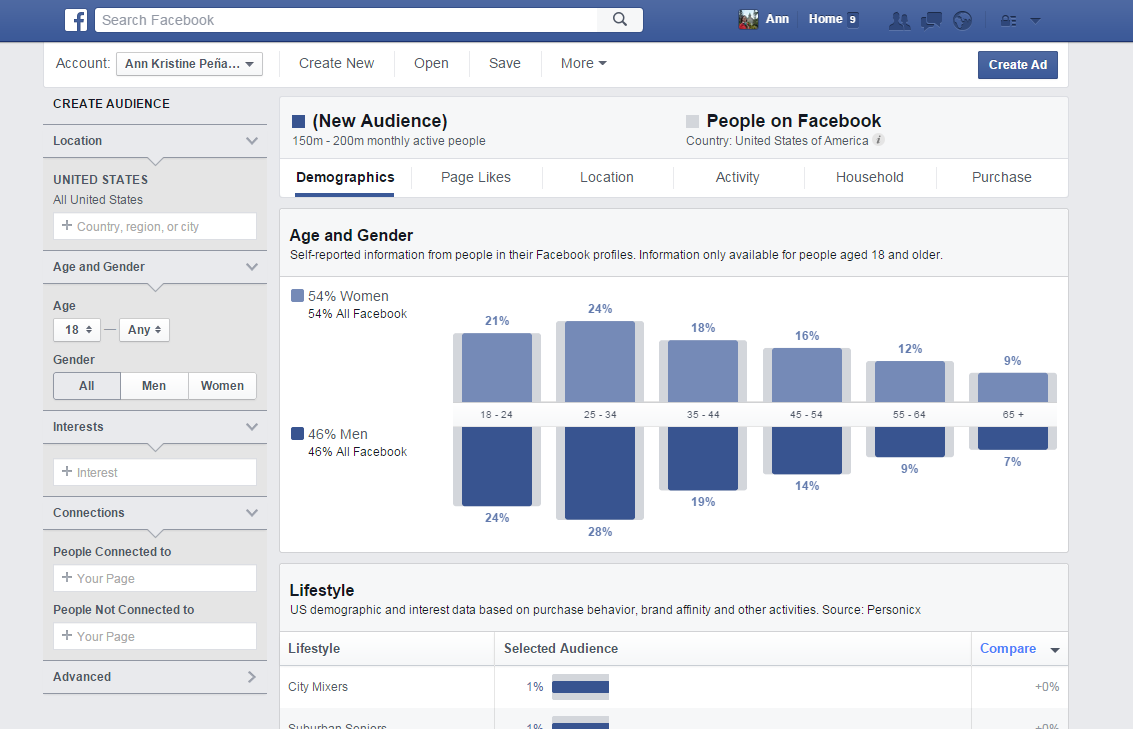 2. If you will notice my Facebook ads, I had different interests for each. The FB Ads Specialist recommended to further sort the interests instead of putting it in one ad set. 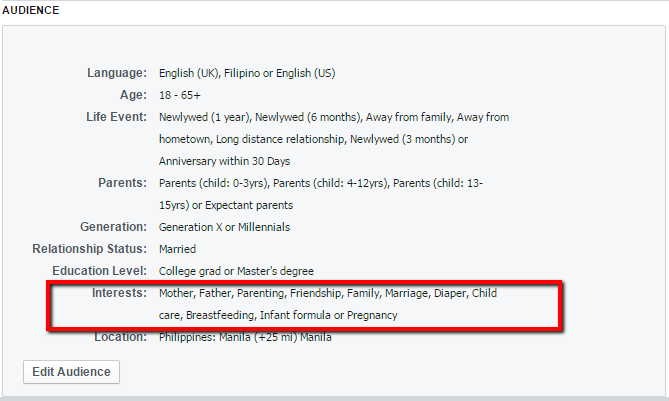 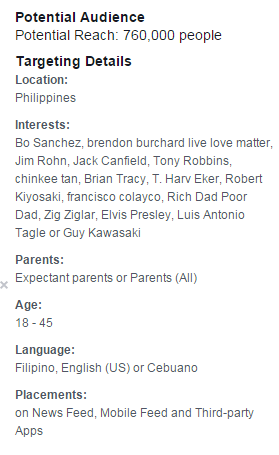 Let’s the take case of my third Facebook ad. I have T. Harv Eker, Jim Rohn, and other known authors as interests in my ad set. I also have a Rich Dad Poor Dad interest with it. You see, the former are authors and the latter is a book. I should have sorted it further by creating an ad set with authors as interest and another ad set with books as interest. The FB Ads Specialist even said that I could have also created a separate ad set for Filipino personalities (Bo Sanchez, Chinkee Tan, and Luis Antonio Cardinal Tagle). “And what is Elvis Presley doing there?!”

Blame the fingers that typed his name.

Later on, I realized that Jomar mentioned about the control and challenged ads during the seminar. I re-checked the seminar PDFs and found it. Facepalm.

4. On CPC or oCPM, the FB Ads Specialist said that oCPM is what he prefers. This is because of the better exposure and expansion of the ad. I know I will still need to go to many Facebook ad experiences to decide from my end which is better. But based on the third Facebook ad results, I got 4 leads using oCPM compared to the second Facebook ad which got 3 leads using CPC.

Which is really better: CPC or oCPM?

To tell you honestly, this CPC and oCPM thing is so Math to me. I still need to understand it further. That’s why I bookmarked this Jon Loomer article about the CPC and oCPM.

A few months ago, I thought Facebook ads is so complicated. Given the scientific process topic that the FB Ads Specialist mentioned to me, I realized that it is all about going back to basics.